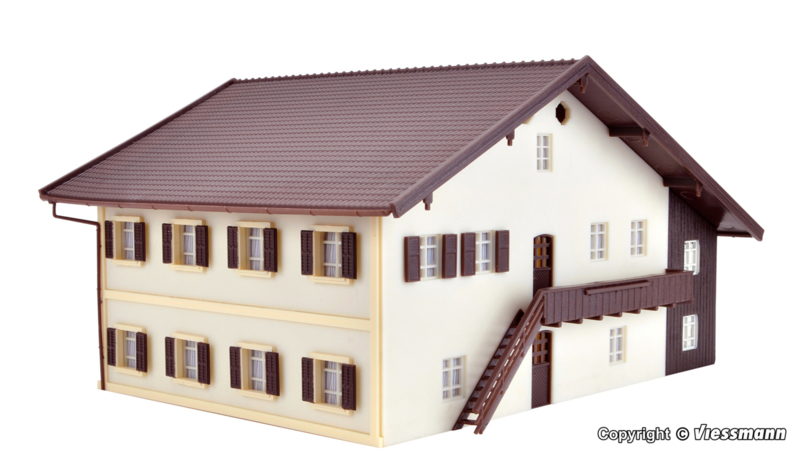 Birthplace of Josef Ratzinger, born April 16th, 1927 where he lived until the age of 2 with his parents. Typical Bavarian house. It was built in 1745 and used differently, e.g. as customs and police station. The original house was photographed and designed as a model with all details. Josef Ratzinger was elected Pope of the Roman Catholic Church by April 19th, 2005. Nearly 70000 tourists have visited already the village Marktl near Altötting to see the Birthplace of the German Pope. Dimensions: L 22 x W 17,5 x H 11,6 cm.