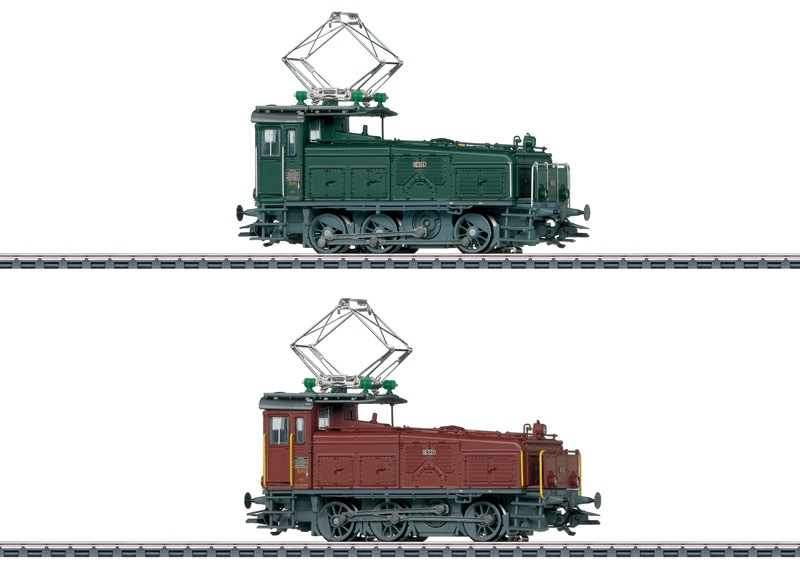 Prototype: 2 different Swiss Federal Railways (SBB/CFF/FFS) class Ee 3/3 "Halbschuh" / "Casual Shoe" electric switch engines. Design from the first production series in 1927/28, with a cab at one end and a switchman's platform at the front. One fir green version as it looked at the end of the Forties / beginning of the Fifties, with open buffers, road number 16314. One oxide red version as it looked at the beginning / middle of the Sixties, with open buffers, locomotive road number 16321.

This switch engine double set can be found in a DC version in the Trix H0 assortment under item number 22390.